Sexism in the dictionary

This month's post is a guest contribution by Michael Sainato. Michael is an English graduate from Binghamton University and currently building his freelance writing portfolio. You can get in touch with him at msainat1@binghamton.edu.

--
Sexism is embedded in the foundations of our culture; it has historically precipitated into our values and norms. We have a semiotic predisposition to gender bias. Our language is predicated upon the subjugation of women through association and meaning of derogatory and negative words to femininity while ego inflating, complimentary words are defined as masculine tendencies.

Modern dictionaries have incorporated sexism into several stereotypically feminine negative terms. Google uses the Oxford Pocket Dictionary for definitions generated through its search engine. Every definition comes with at least one example of the word used in a sentence. It would make sense to just use the gender-neutral pronouns “we”, “I”, or “they”, but many of the definitions use “he” or “she” as well. There is rampant use of female-specific nouns used in example sentences that perpetuate the negative connotations in language that are inferred by traditional sexism. 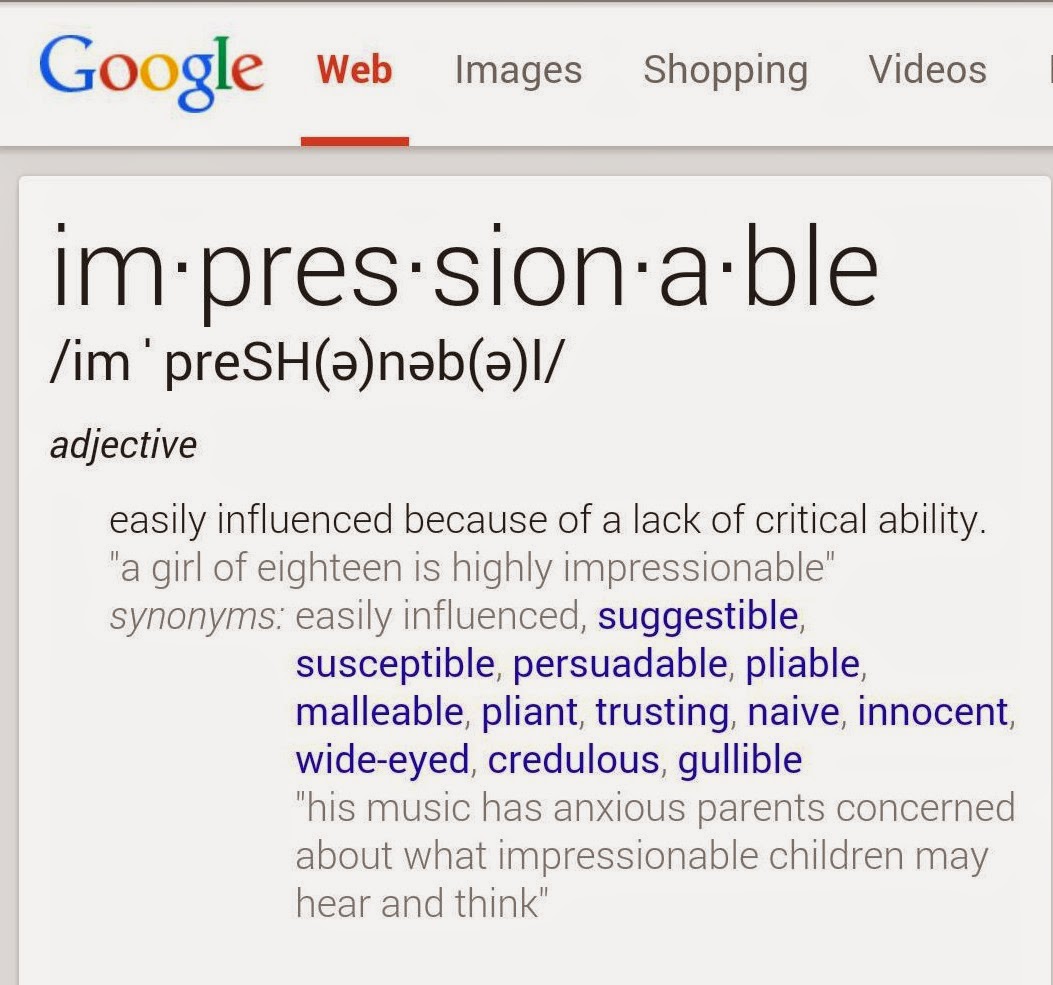 The definition of “impressionable” uses the example “a girl of eighteen is highly impressionable”, perpetuating a stereotype that not only are eighteen-year-old girls all very easily influenced because of their inherent naïvety, but alienating females in the example infers that the same statement does not hold true to males also. 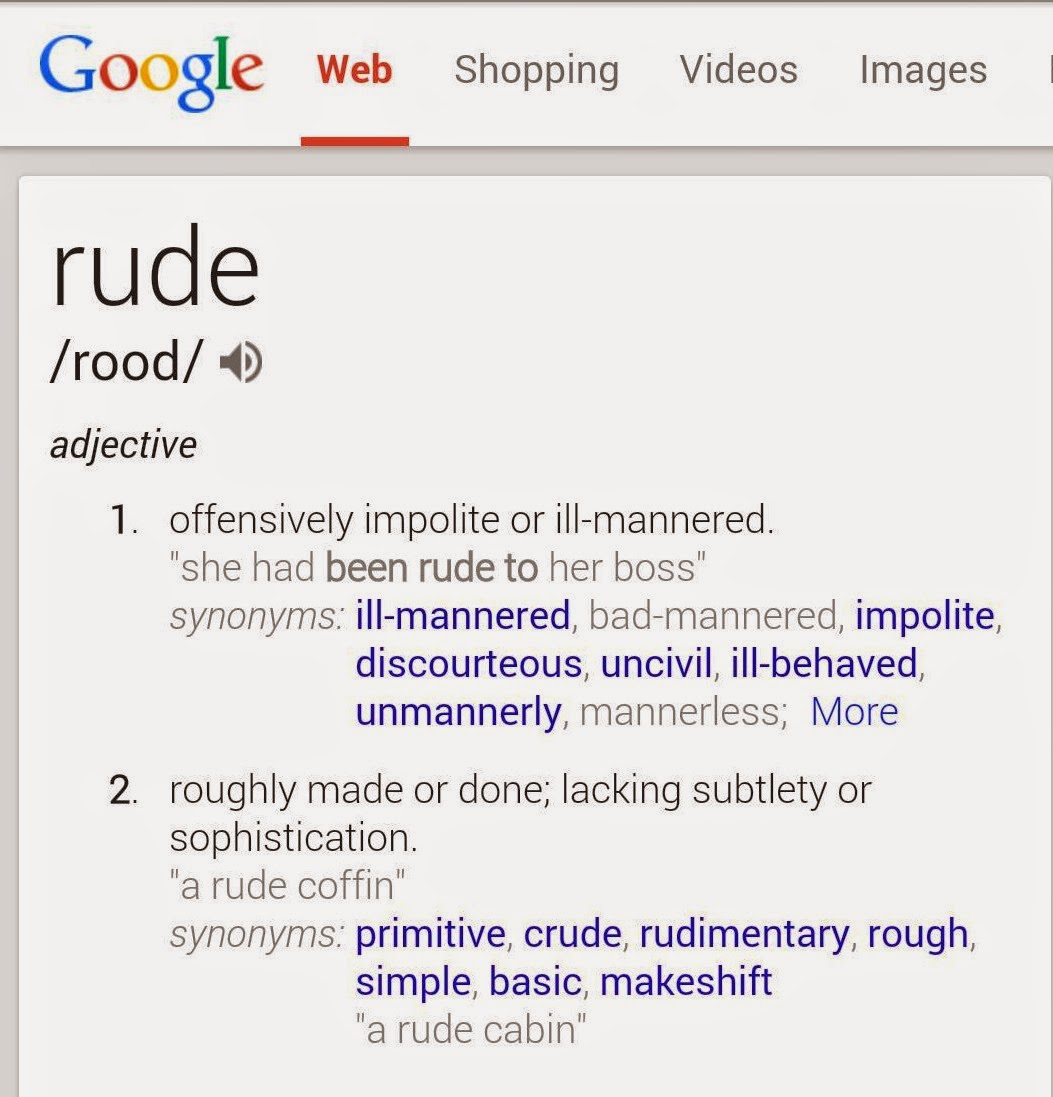 The word “rude” gives the example sentence that “she had been rude to her boss”. Not only does the example assign the trait of rudeness to females, but it also puts the woman in a submissive role by denoting her rudeness in regards to her relationship with her boss.

The definition of “feeble” provides several sentence examples, but only in the example in which a female is referenced is the word utilized in a pejorative manner.


The Oxford Pocket Dictionary is not the only dictionary that incorporates sexist stereotypes in its definitions and practical examples. The free online Merriam Webster Dictionary that boasts 40 million visitors to its site monthly also provides sexist usages of language in their examples. 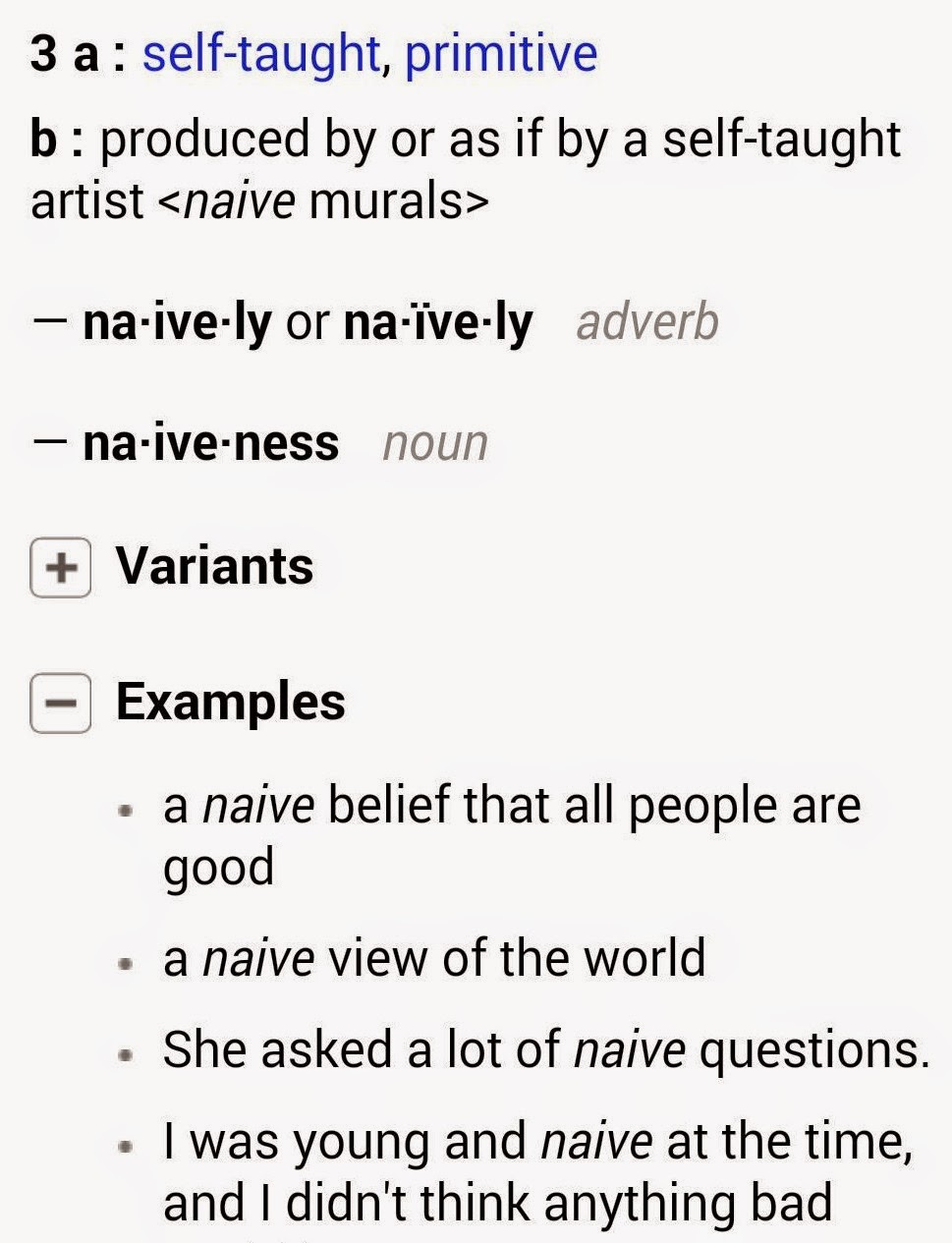 The word “naïve” is provided with several practical examples in the sentence. Not only are males left out of the usage of the word, but also in the example that incorporates a female, the word is used to label the female as intelligently inferior because of the type of questions she asked when the purpose of a question is to obtain knowledge. Without any contextual background, the word naïve in this example suggests that it is generally a descriptive term for female intelligence, which is the only naïve thing about it. 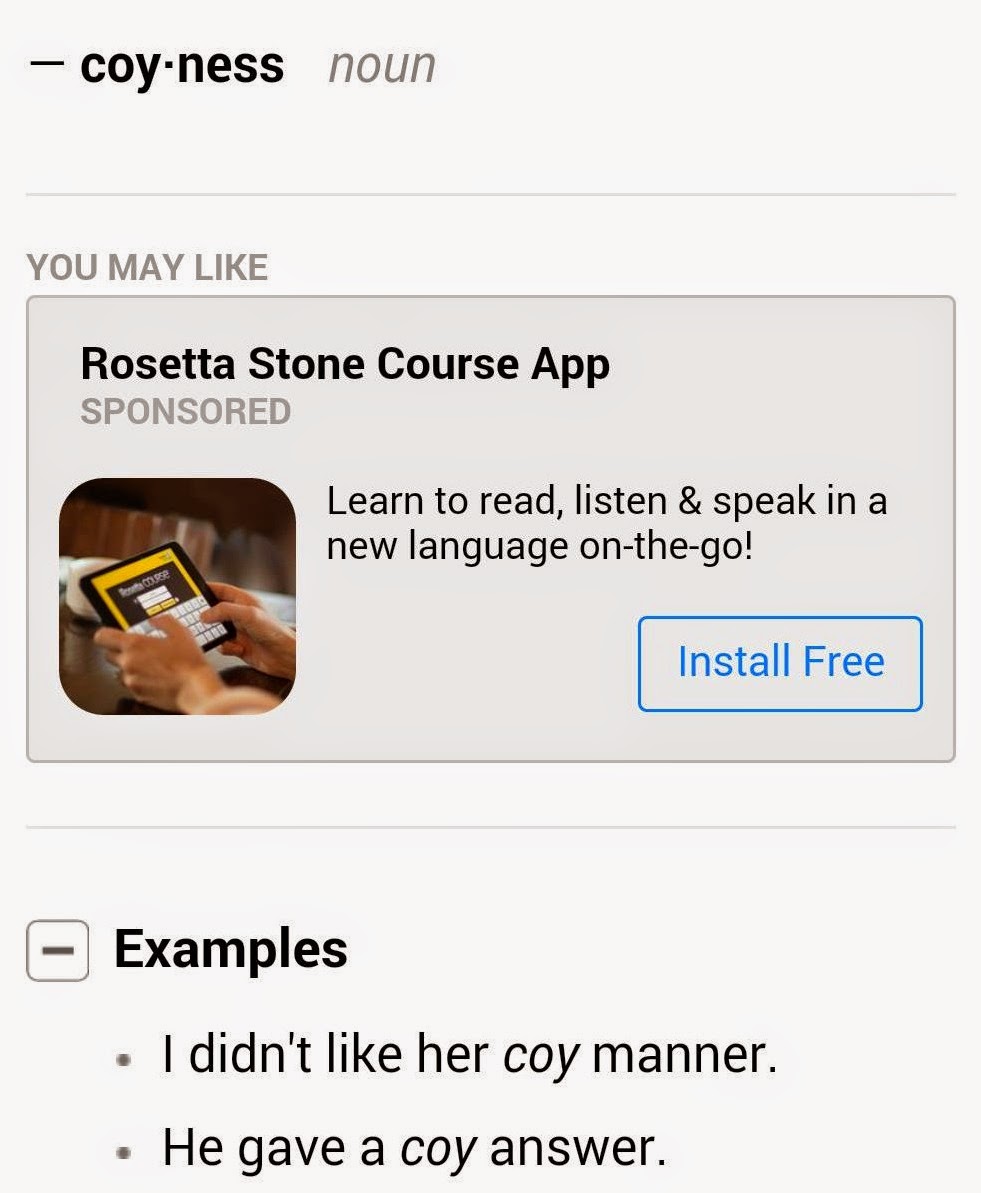 In this example of the word “coy”, the female is labeled coy with negative connotations that attack her character compared to the male that just gave a coy answer, delineating that the male himself is not coy, merely a response he gave was. On the other hand, the female’s coyness is disliked and inhibits her entire outward bearing to others. 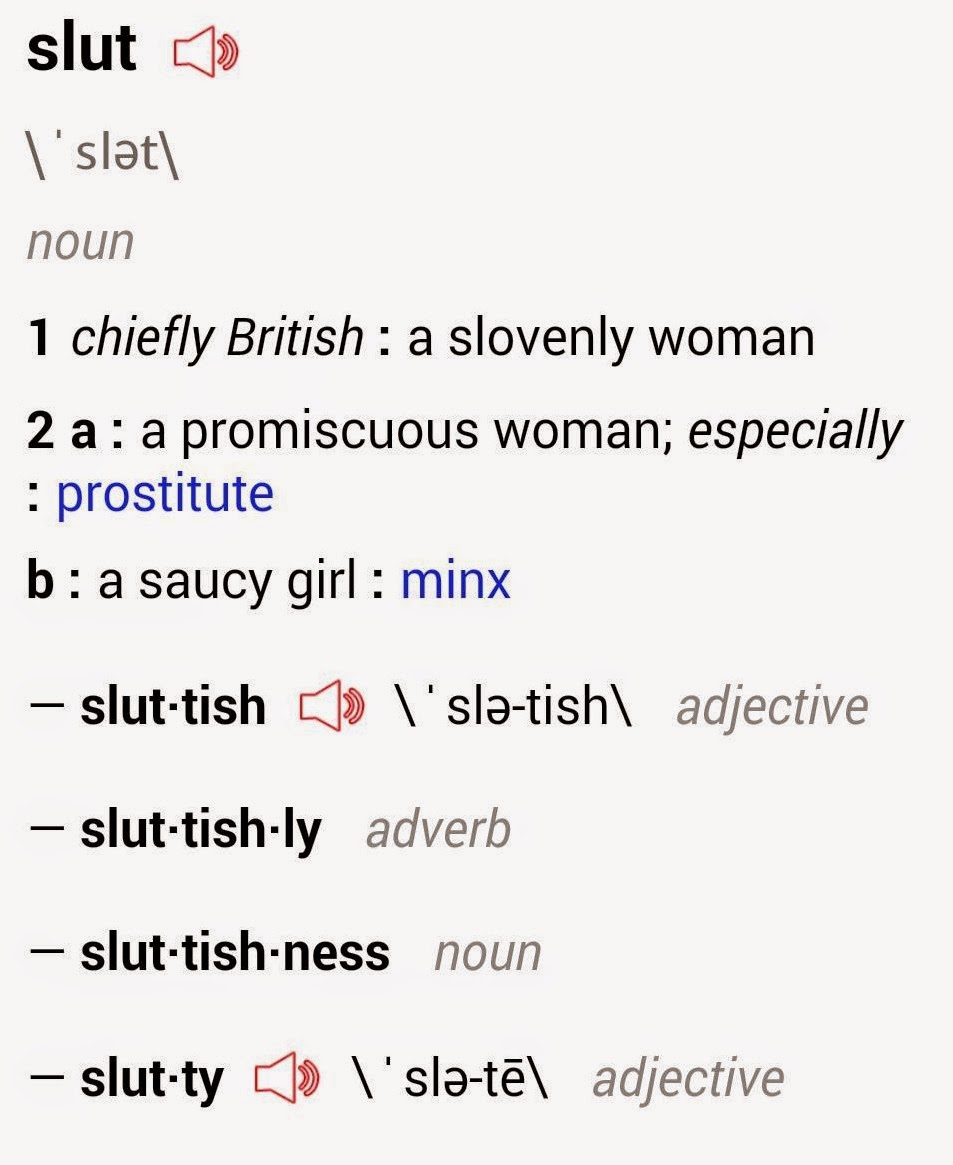 The derogatory word “slut” is defined as independently feminine. The provided definition itself marginalizes women. It suggests that a male can not be a slut; no matter what their degree of promiscuity, males are exempt from this demeaning word. 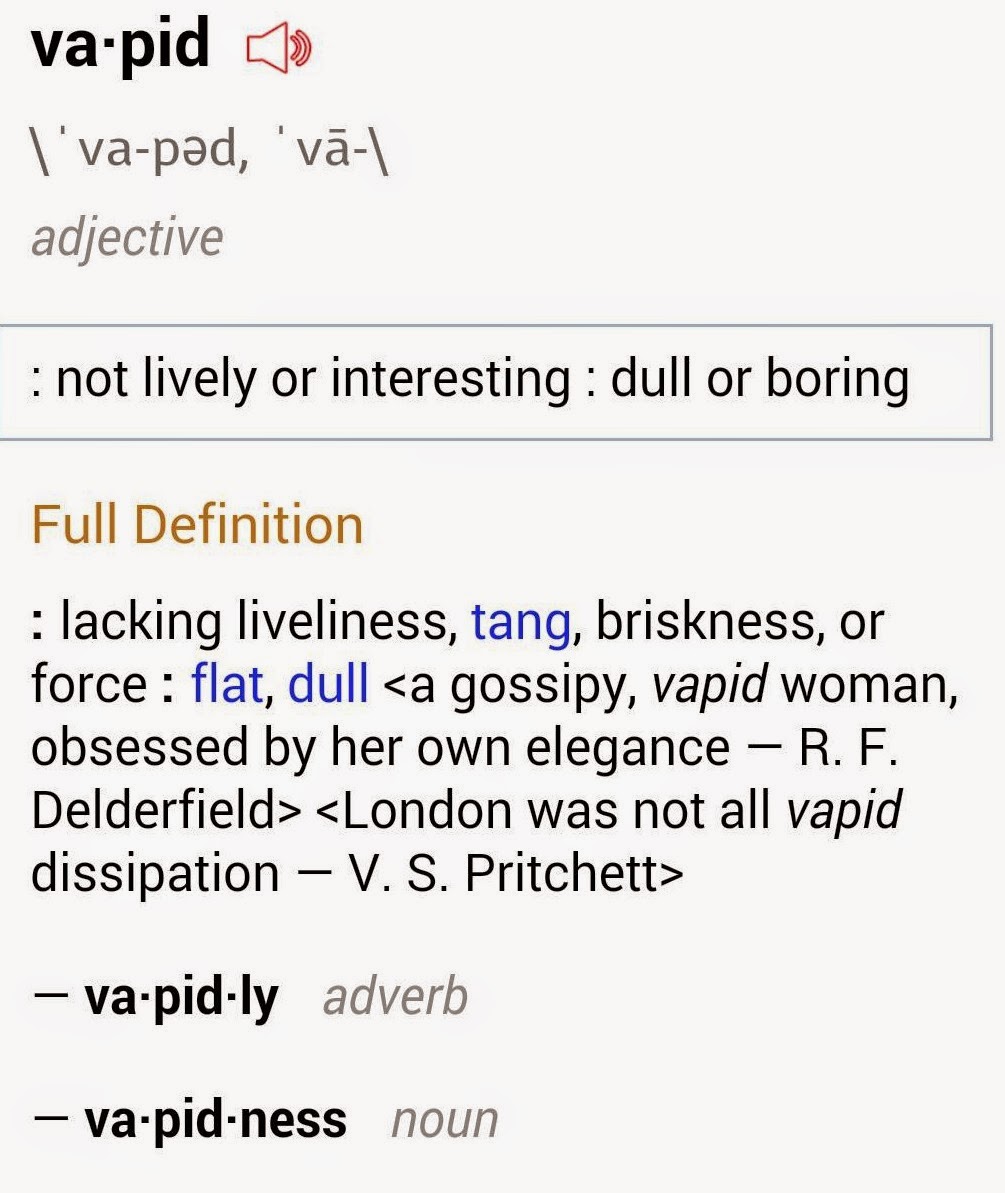 An example for the word “vapid” is provided describing a woman that is also gossipy and obsessed by her own elegance. The example infers that the term woman is vapid as the example provided does not include any sort of reasoning or context for the specific woman, but rather it uses femininity to portray the definition of the word.


Although the examples in the provided definitions aren’t overtly sexist, nor I’m sure were they written with the intent to be sexist, they still perpetuate and reflect society’s assignment of the words to femininity in a way that fuels sexist stereotypes. As traditional gender roles and barriers are overcome and eradicated, verbal sexism, especially of a less conspicuous nature, has become more prolific in society. It is endemic to gender equality that the female stereotypes associated with negative and derogatory words are recognized as false so that those words can be utilized in a gender-neutral way or those definitions can be reevaluated so that they are not overtly gender-specific.
Posted by Christiane